We checked into the highly recommended Mad Monkey which is the perfect backpacker hostel with a great restaurant downstairs, decent dorm rooms and a sociable roof top bar with it’s beer pong ready tables.

Exhausted from travelling we spent first day chilling out at the hostel and went to a Chinese restaurant for dinner, where the dough for the dim sum was being made by hand just outside. 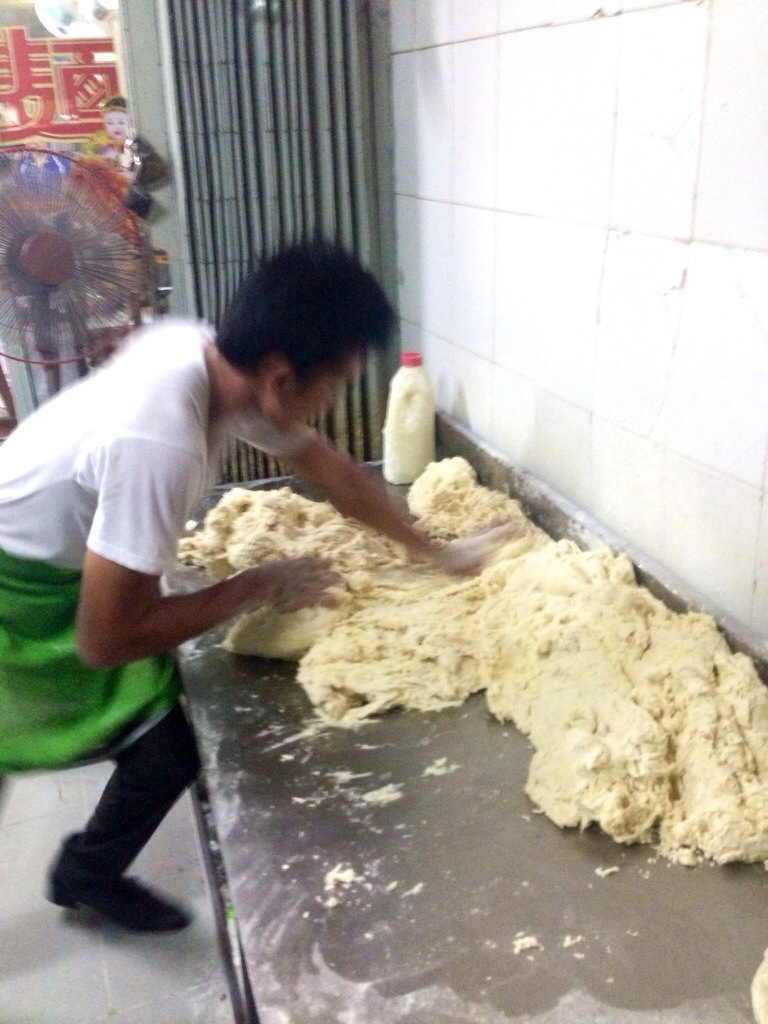 If you go to Phnom Penh you have to visit the killing fields. Unbeknown to me before this trip, between 1975 and 1979 approximately 2 million Cambodians were brutally murdered by the communist Khmer Rouge.

This was the first site I’ve been to where the audio guide really adds to the experience. It guides you around the camp/fields and stories are told by survivors about their horrific experiences.

There were signs placed around warning that human remains and clothing are constantly resurfacing from the mud, especially after rainfall. It it’s uncommon to see bones and teeth jutting out from the ground. 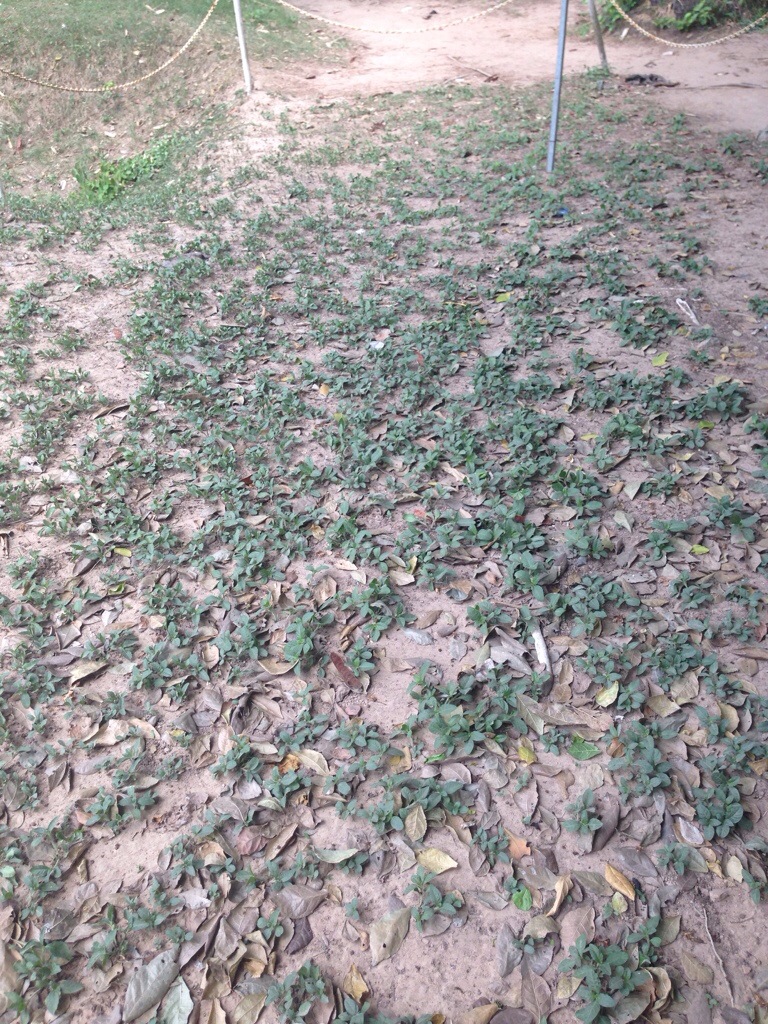 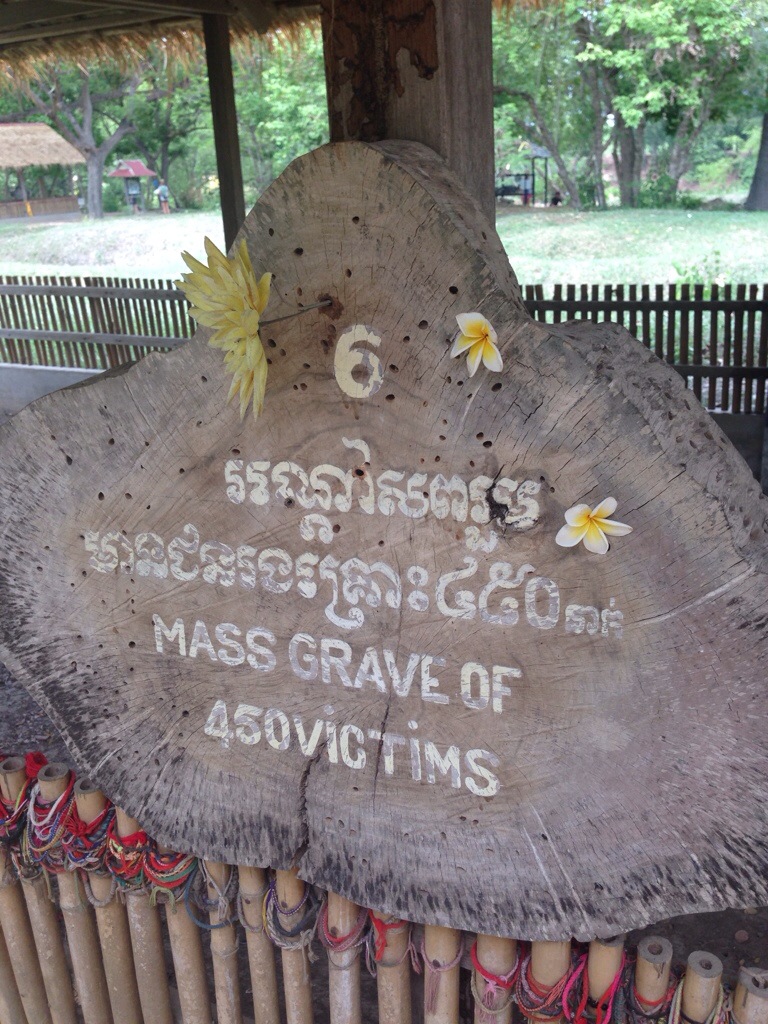 This was by far the most disturbing and shocking part of the guide. The epitome of evil. 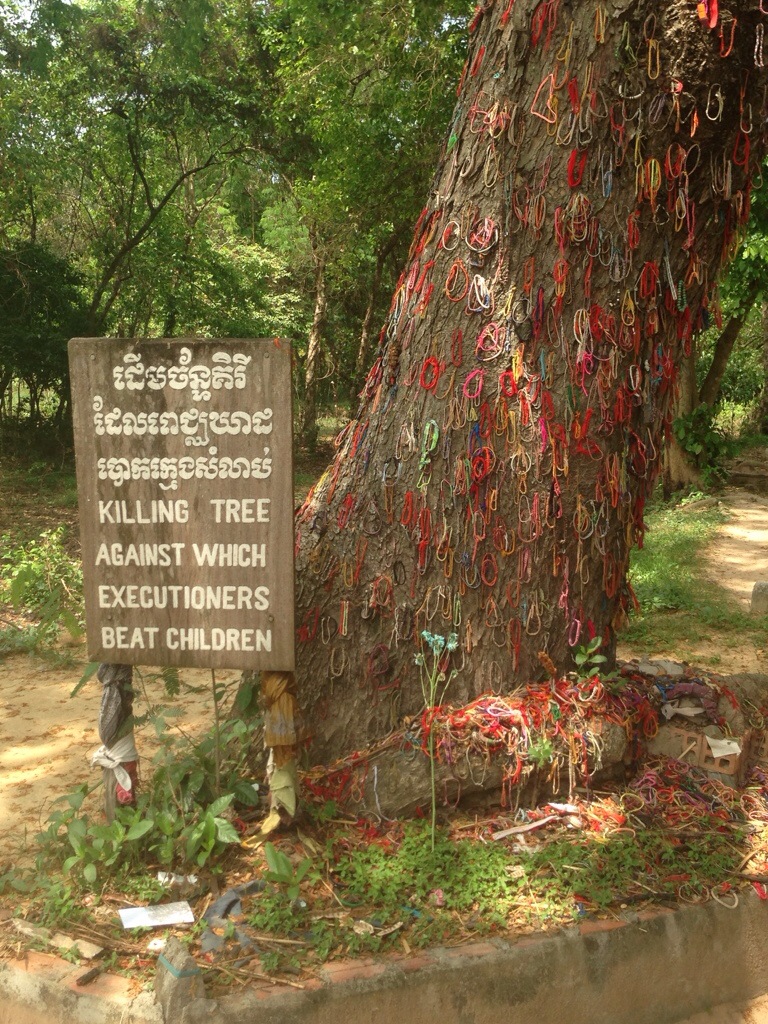 The killing fields were previously a Chinese graveyard that the Khmer Rouge (red army) chose as their genocidal site. 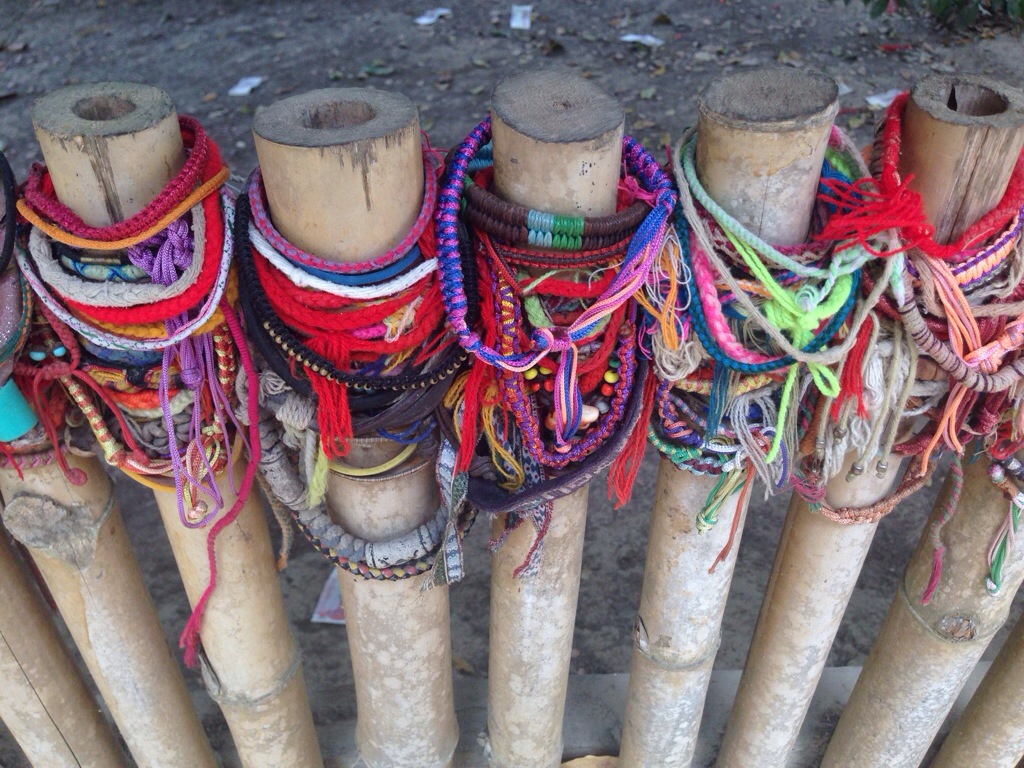 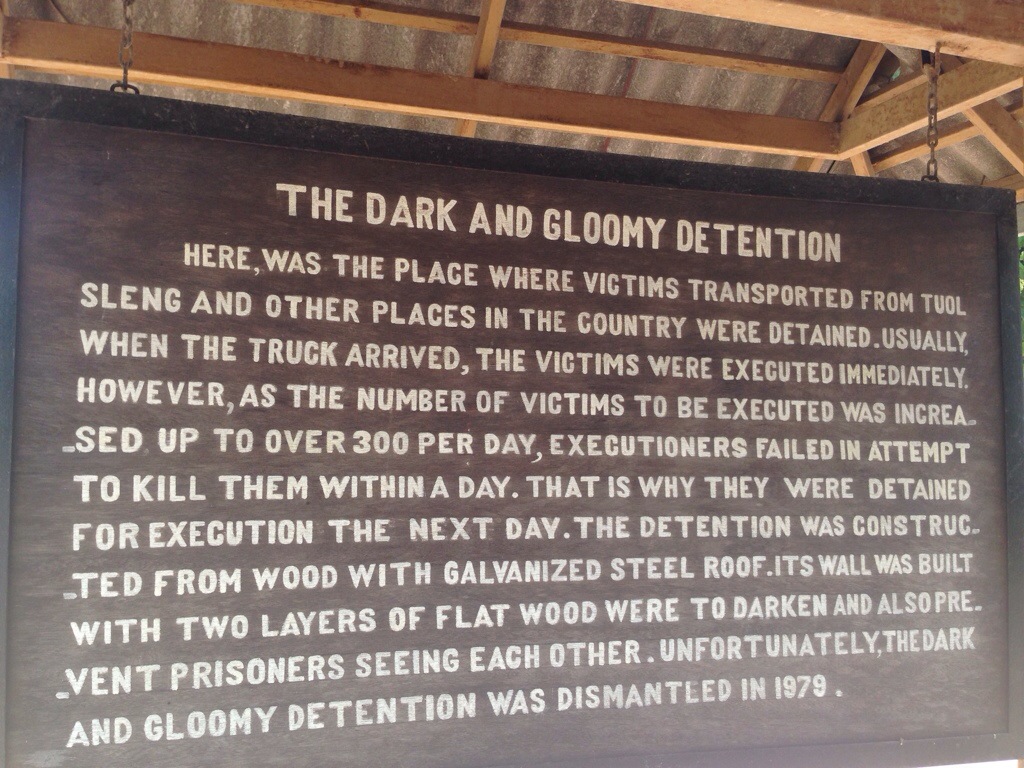 At the end of the tour you are invited to enter the memorial temple, after removing your shoes you can go inside to see 14 layers of human remains categorised by the way in which they were murdered.

In addition to the Killing Fields you should also visit the Tuol Sleng Genocide Museum. The site is a former high school which was used as the notorious Security Prison 21 (S-21) by the Khmer Rouge regime from its rise to power in 1975 to its fall in 1979. 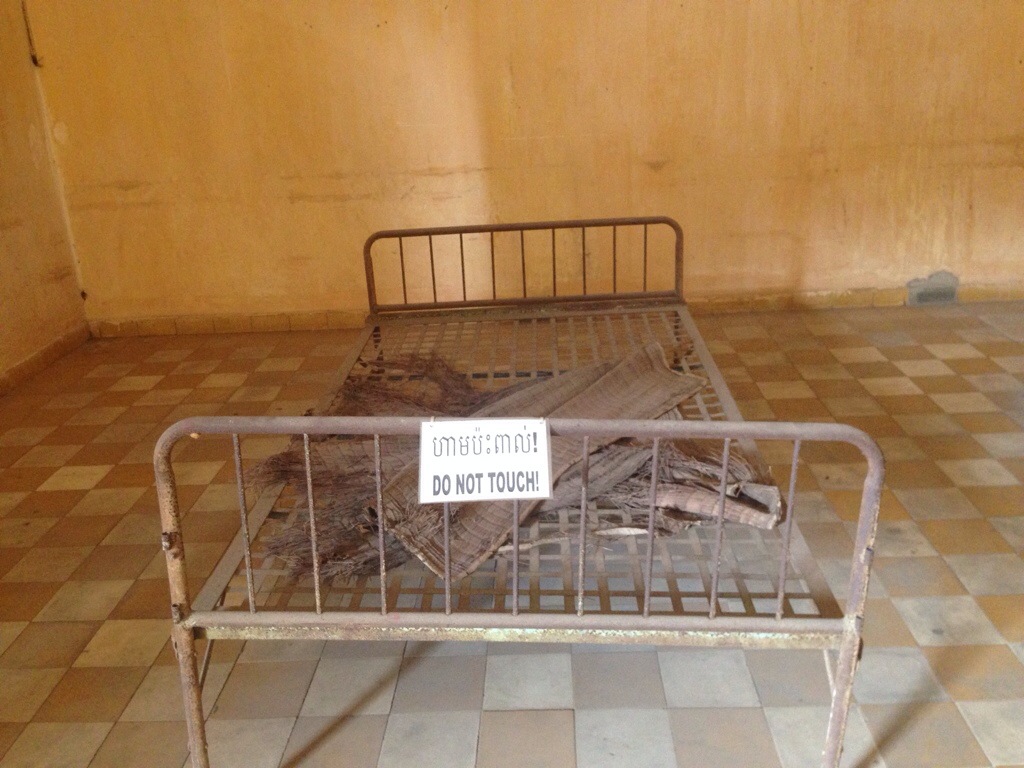 I think it is especially important for people to visit these sites and understand the history of this country and of humanity. I had only heard of this genocide from other friends who had visited Cambodia and not in school.

There is a lighter side to Phnom Penh. back to the Mad Monkey hostel we had drinks and headed to a club in town… We even managed to persuade our tuk tuk driver to come in with us. 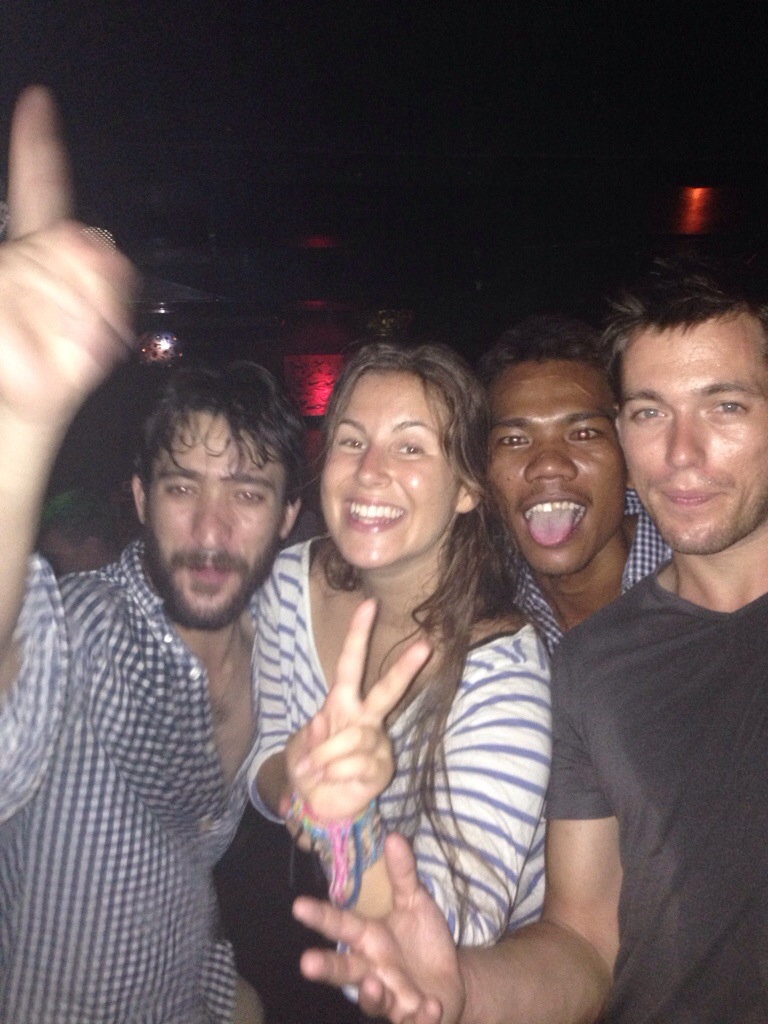